Perhaps you have noticed that in many cribs there is a shepherd, on the sidelines, lying on the grass and surrounded by the flock, with his eyes closed and a dreamy expression. This is not a casual character but a typical figure of the traditional Neapolitan nativity scene and also has a name; his name is Benino. Why did I decide to tell Benino's story? Because Benino does not simply sleep, he dreams.

This year a lot of my work and research will revolve around the theme of Dream and Benino is a dreamer. The interesting thing is that Benino dreams of the crib in which he dreams. That is, by dreaming he creates the crib itself and all its characters including himself, as a kind of Droste effect or as a game of Chinese boxes. His sleep is not the sleep of unawareness but it is a creative act. There is a whole symbology around Benino: he sleeps in an elevated point far from the nativity, which descends from his dream. He is at the edge of the scene and is surrounded by 7 sheep representing the deadly sins. The various figures that appear in the crib represent the months of the year, for example January is represented by the butcher, February by the ricotta seller, March by the bird seller, April by the egg seller, May by a married couple with a basket of fruit, and so on. Actually, each element of the Neapolitan nativity scene has an esoteric and dreamlike meaning. The well represents the portal between the kingdom of the living and that of the dead, between light and darkness. The stream represents the passage of time. Benino's dream, which creates all these elements, represents the journey to the nativity and every scene he dreams of has a very specific symbolic meaning, his dream could symbolize the passage towards awareness and adulthood in fact Armezio acts as a counterpoint who is the elderly shepherd, his father, in the act of dozing off, who in turn is surrounded by 12 sheep representing the months of the year, he symbolizes the year that is ending. 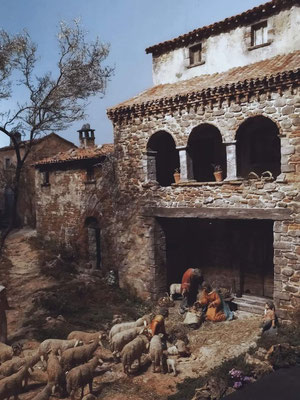 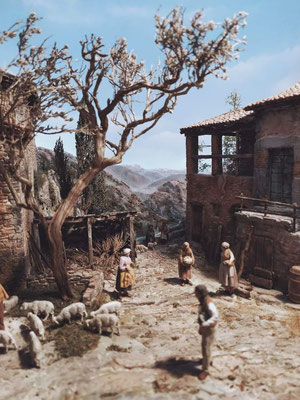 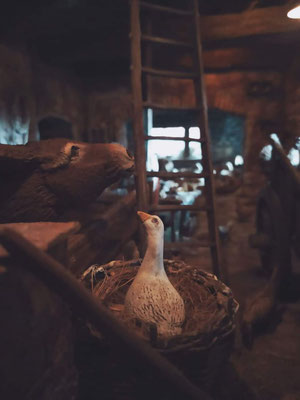 "Benino symbolizes the esoteric journey through the dream, the journey made by a young man, by an initiatory guide, by a child. Based on this representation, the meaning of Christmas is understandable only through a dream journey carried out with the guidance of a visionary soul. that sinks into the world of knowledge "

The question is, if Benino were to wake up, would the crib disappear and Christmas with him?

See you soon with other stories dedicated to the Dream.