Lady Macbeth, one of the strongest female characters in the shortlist of the protagonists of the Shakespearean production, A strong, ambitious and evil woman. She devises the plan of death that will make his consort a king, this plan goes through multiple murder and deception. She uses every means to persuade Macbeth to take this step, she uses unrepeatable words, she humiliates him by leveraging his pride.

True, but is that all there? I do not believe, I believe rather that the role of Lady Macbeth is much more complex and her figure is articulated in a much deeper way. 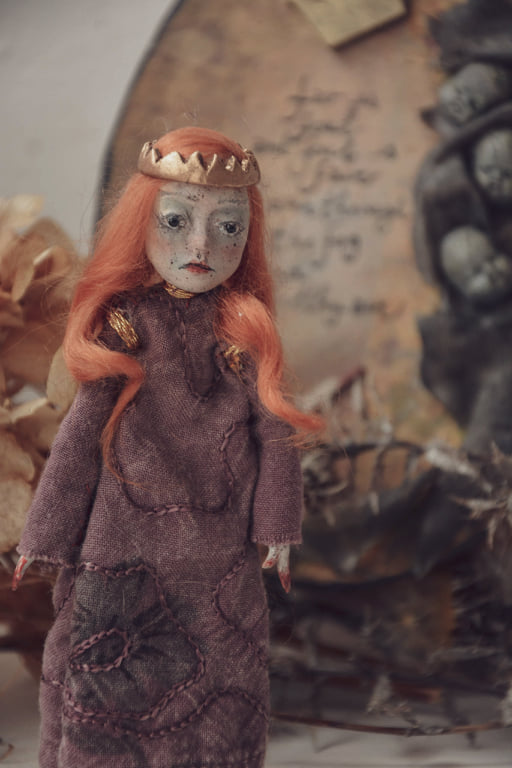 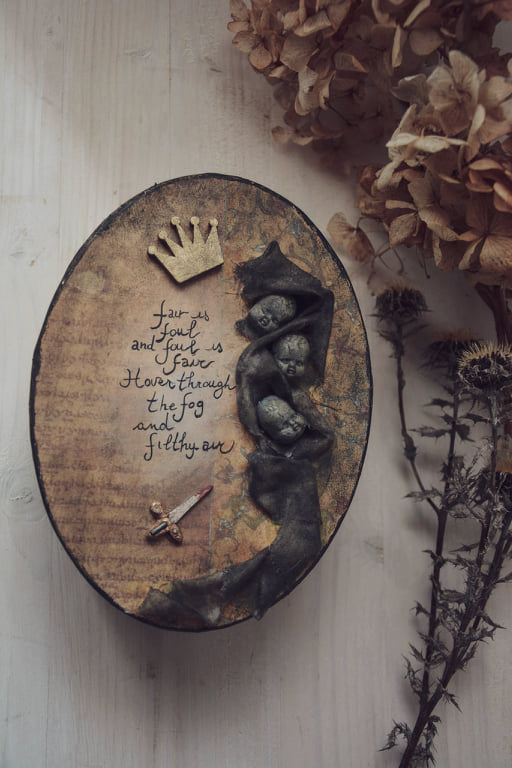 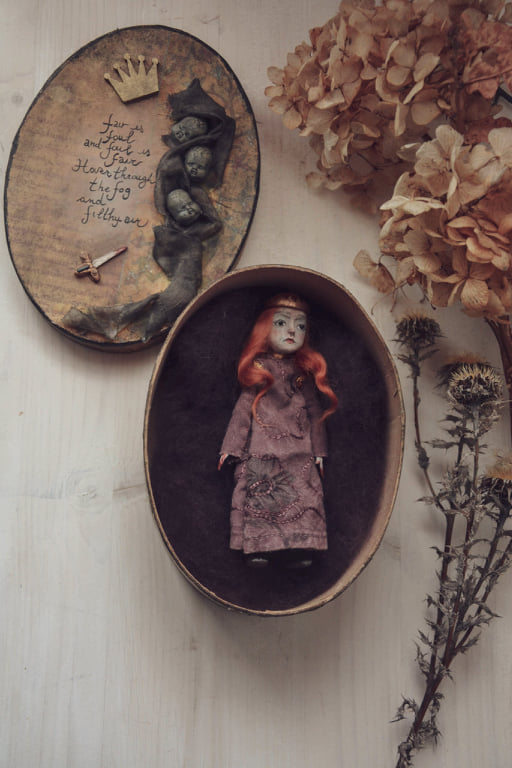 The doll inspired by Lady Macbeth that I made.

Actually Lady Macbeth interprets and concretizes the destiny that runs throughout the story as a red thread traced by the prophecies of the Witches. Would a different outcome have been possible? Are the witches some demons that pollute the human soul or are they just messengers of Fate? Besides being an instrument of Destiny, Lady Macbeth is the voice and thought of Macbeth himself who speaks without saying, thinks but does not express.

Lady Macbeth then, left alone, in the grip of nightmares and a sense of guilt, kills herself. After all, Lady Macbeth is always completely alone, her husband uses her for his own purposes, he needs the strength of his wife to do something he already had in his heart and then, like a crazed horse, he continues his race towards his fateful fate by abandoning the jockey to the ghosts that will lead to death.