The palce of Janet Frame

The palce where flouered hens

frying their bacon-coloured combs in the sun

You know the place-

by the wattle tree

by the railway line.

I do not remember these things

not as child or woman but as their last excuse

to stay, not wholly to dye.

I already told you extensively about Janet Frame in this post. Now I propose this poem of the 170 that she wrote in life where she talks about the house near the railway where she lived her childhood. Niccolò Lucarelli writes "Her poetry is wrapped in a sad beauty that crosses the whole spectrum of the composite reality of human existence. Bitter poetry between light and shadow."

Janet Frame was an honorary member since 1986 of the American of Arts and Letters for the "powerful investigation of human consciousness and its location in the world". Her biography 'An angel at my table', of which Jane Campion made the movie version, is considered one of the best autobiographies of the twentieth century. 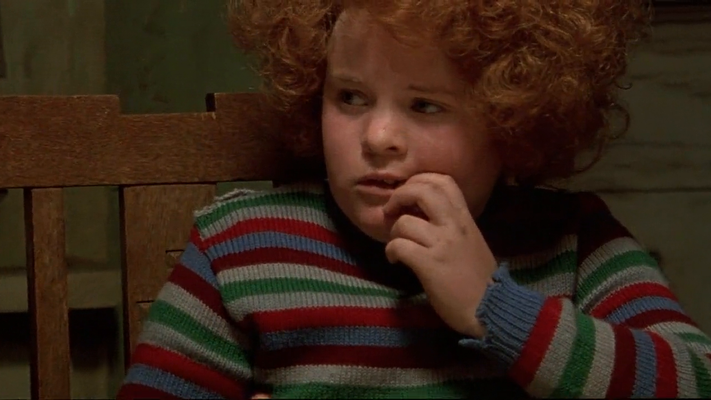 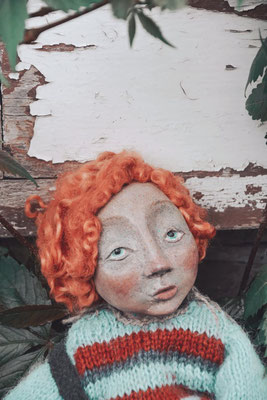 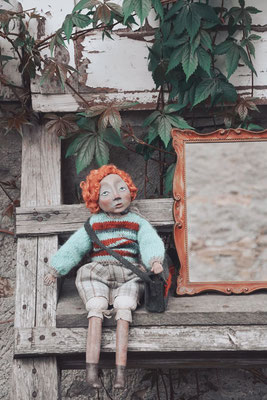 A frame from the movie 'An angel at my table' and two images of my doll inspired by Janet Frame.

At this moment we need all her sensitivity and fragile humanity. I feel a bond with her and the idea that like her women existed or exist makes me proud to belong to the human race. I couldn't dedicate a doll to her.

For subscribers to my news letter there will be a surprise and a reserved price on this doll that I love very much.