Charlie Chaplin was born in 1889 in London and was among the most influential and important actors and filmmakers of the twentieth century. Born as a theater actor, his first permanent role in the theater was the newsboy Billy in Sherlock Holmes. He also worked for the circus for a few years, which allowed him to join the Fred Karno troupe where he became one of the most appreciated actors together with Jeffrey Jefferson better known as Stan Laurel. It was with this troupe that Charlie Chaplin went for the first tour in the United States. But when did Charlie Chaplin take on the image we all know? 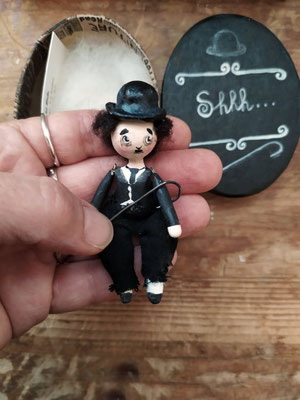 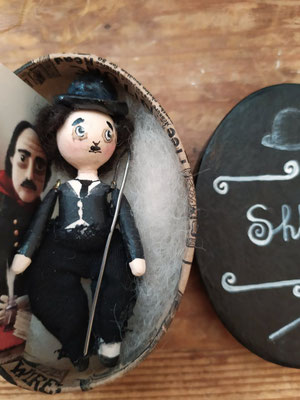 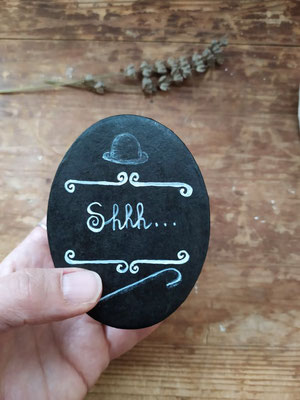 We know the unmistakable style of Charlie Chaplin which was his strong point. The image of the tramp character has become an icon. Charlie Chaplin created this costume at the age of 24 for a role he played in a short film called "Kid Auto Races at Venice" in 1914. In this film he played a tramp who gets in the way of a car race making all the audience laugh. He thought this costume based on contrasts: huge but elegant clown-style shoes, narrow jacket, mustache to look older, puff pants, bowler hat and walking stick. To create this character he borrowed some clothing from extras and from the costume warehouse he took a bowler hat and a walking stick.

This "wrong" suit like an elegant middle-class man despite being poor and the idea of creating a character who expressed himself above all with the body and the movements (like the typical walk) and the facial expressions without using words, were a winning move . The tramp endeavored to survive in a hostile world, often lived in poverty and was mistreated but remained polite and dignified. The only thing he had on his side was love for a girl or an animal such as a dog. Charlie Chaplin himself in 1925 explained "The whole point of the Little Fellow is that no matter how down on his ass he is, no matter how well the jackals succeed in tearing him apart, he's still a man of dignity."

Many Charlie Chaplin films end with the lonely and homeless character walking into the sunset to continue his journey.

The Tramp and Charlot

Some elements of Charlie Chaplin's costume reached high altitudes in the art markets or are present in the cinema museums.

It is interesting to know that in Latin countries the character of Charlie Chaplin, the tramp, is known by the name of Charlot because of the translation of the title of the films.

Here you can buy the miniature of Charlie Chaplin in his box inspired by silent cinema, I only made one.