The bonnet, which today seems to us a garment so outdated, was worn since ancient times by men and women, especially at home and under the hat. From the eighteenth century bonnets, which were previously worn only by elite women, were adopted by high fashion and were widely distributed.

The bonnets left the forehead uncovered and covered instead the nape, they served both to protect and to frame the face. They were tied to the chin with a ribbon or a lace. Over time, they became more and more elaborate, decorated with lace and made with precious materials. The middle-class ladies had at least two bonnets, a summer one, often made of straw and one of heavy fabric for the winter. Admire the look of Lucretia, an anthropomorphic doll, inspired by this period, wearing a typical day bonnet. 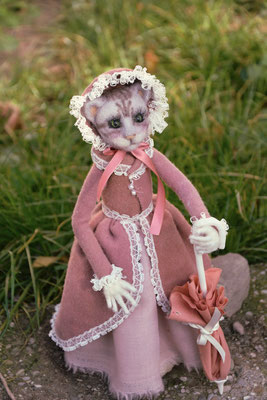 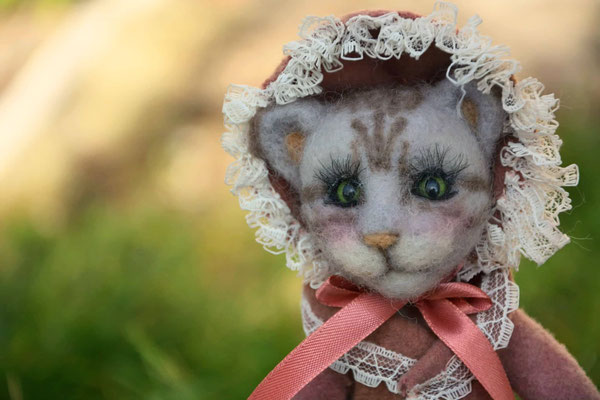 The bonnet remained one of the most common hats for ladies during the nineteenth century. In the Boheme by Puccini, set in the Paris in 1930s, Mimì wants a cap that then Rodolfo will give her as a gift.

"An embroidered pink bonnet, all

with lace. It goes well

with my dark hair.

I've longed for such a bonnet

In France from 1850 to 1870 the parasol was established and the bonnet became smaller and smaller. The hats took hold and the bonnets began to be worn only by modest figures such as peasant women and maids. It was no longer fashionable but continued to be worn in the countryside every day to repair the face from the wind and the skin from the sun and to cover the garment working in the garden, governing the animals, in the church, in the street. The bonnet was made of poor materials and had to be functional. It was almost always combined with an apron that served both to repair the dress but could also be decorative. In this regard, I propose the outfit of Prairie and Abigail, who are just two farm girls with dresses inspired by the colonial period in which the cap was a must. 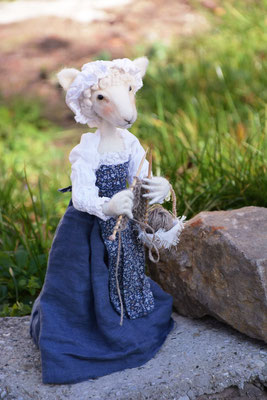 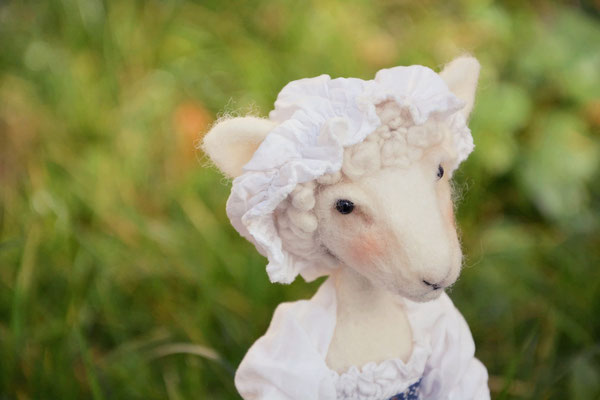 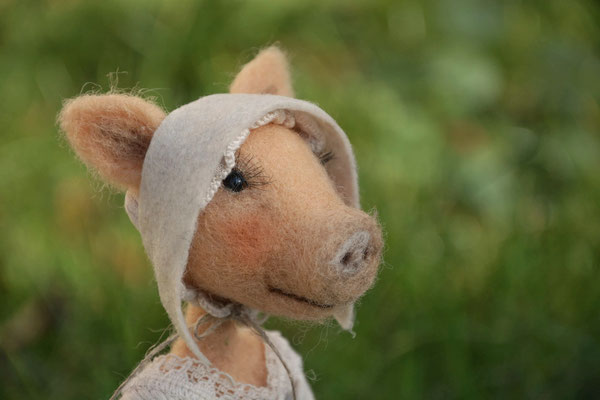 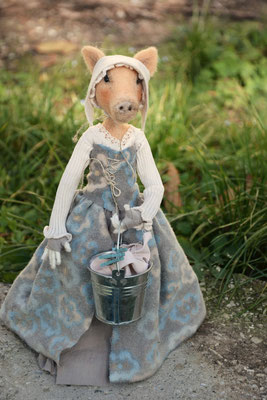 Abigail the sheep, has already been sold because I gave the opportunity to my newsletter subscribers to buy them at a special price. Lucretia and Prairie can be found for sale in my Etsy shop. Here