A pumpkin, an apple and a pea.

The first vegetables appeared on the tables around 5000 years ago and it was the moment when human populations were no longer nomads but became permanent. The cultivation of vegetables was delegated to women, they were the ones who selected and passed on the edible plants. The Greeks with Hippocrates much later dealt with the nutritional effects of fruit and vegetables that were the basis of their diet, the same was for the Romans.

But what does this talk have to do with fairy tales? Well, they contain all the elements of life and tell the stories of human beings, often through allegories, plants play an important role in fairy tales, in particular those cultivated in the garden and in the orchard. After all, vegetables of abnormal size were a source of wonder and the peasant culture often attributed their magical properties which made them perfectr fairy tales elements. 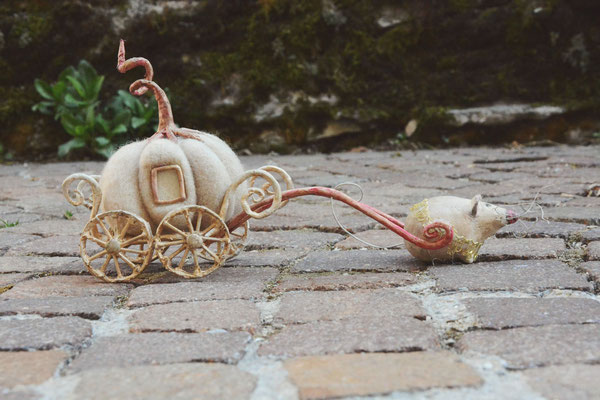 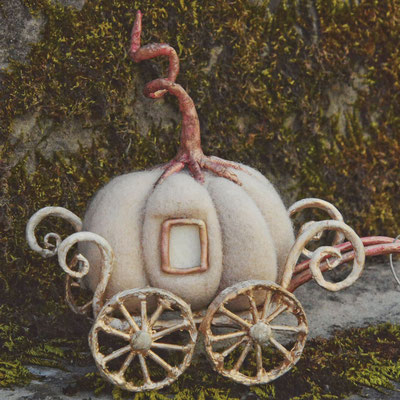 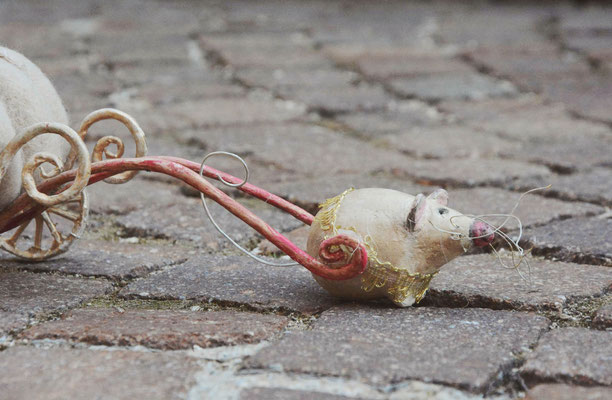 My version made of felt, wood clay and paper clay of the cinderella pumpkin-carriage.

I leave to you the interpretation of these fairy tales that always have a meaning that goes beyond the fantastic story. Many other fairy tales contain plant elements such as Rapunzel and even the educational fables of Aesop and later of Phaedrus, such as "The fox and the grape".