An unexpected dive into a past made of dolls

I was at the seaside, in Tuscany. For the first time I had the opportunity to take my doggies on holiday with me in an area that I love very much for the fresh pine forests that overlook the beach. Since I was participating in the NIADA Virtual doll convention, a kind of online gathering that brings together doll artists and collectors, it occurred to me to look on the internet if there were any doll collections to visit in those areas to then show the photos  to the convention participants.

So I discovered that there is a small doll museum in Suvereto, a pretty village in the Tuscan hills. I phoned the Tourist Office taking down the opening hours (which to be honest are a bit variable and maybe even a little unusual). When I arrived in Suvereto, the tourist office clerk accompanied me, telling me to stay as long as I wanted. Opening the window door I found that the interior of the small museum was an ancient Tuscan house, with terracotta floors and ceiling beams. The smell that overwhelmed me was typical of closed and musty cellars. In front of me, many glass cabinets containing something that seemed immediately treasures to me. Now I will tell you what that small museum contains, it really deserves a view.

The doll museum of Suvereto was created from the private collection donated to the village by a lover and an expert in the art of dolls, Mrs. Maria Micaelli. The collection covers a period from the 1800s to the 1980s and contains a collection in the collection, in fact there are at least 10/15 Lenci dolls, from the ancient Turin doll company, now lost. Among these there are three dolls noteworthy. The first doll, perhaps my favorite of the entire collection, is Violetta, a 1921 doll inspired by Verdi's La Traviata, it struck me a lot because it is different from the other Lenci both in form and expression of the face and I really wanted that could be mine!

Another very beautiful Lenci doll is the one donated by the Aga Kahn to all the ladies of the participants of the Azzurra regatta in the 80s and finally there is a copy of the doll donated by Princess Borromeo to Lady D.

Another very special doll is the so-called 'Lady of Transylvania' which has a very special story. It was assembled by a student in architecture at the Sorbonne. The various parts of the body come from different European countries but what is striking is the story of the dress. It was made with a piece of a tent the student stole during a visit to Dracula's castle in Transylvania. 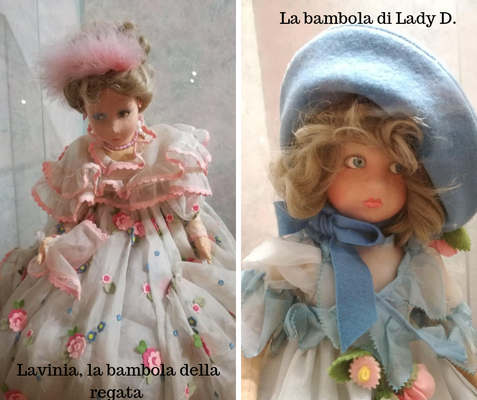 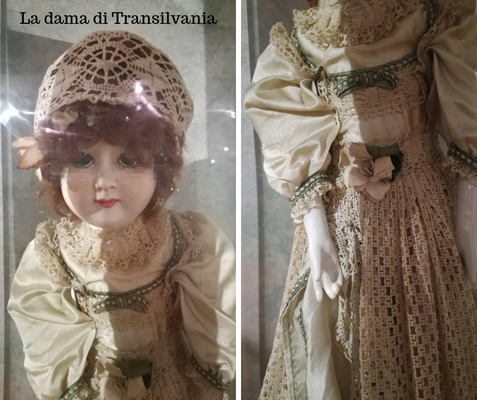 There are also dolls from the Faenza school, two Sardinian dolls of the 1800s with very interesting expressions, Spanish dolls and many other dolls, almost all unique pieces made by artisans, made of wood, papier-mâché, porcelain, bisquit, some of them are of important manifactures like SABA or Marigiò. As I said, it's an unfailing adventure, a little gem to discover with that creepy atmosphere that I like so much. I came back with the impression of having visited so many little friends who stay there, locked in their cramped display cases, waiting for you to come back to visit them. 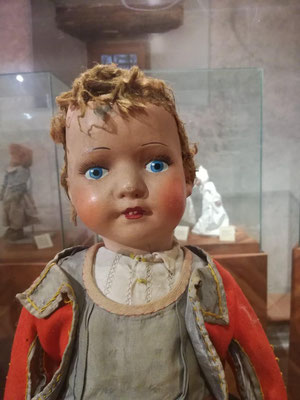 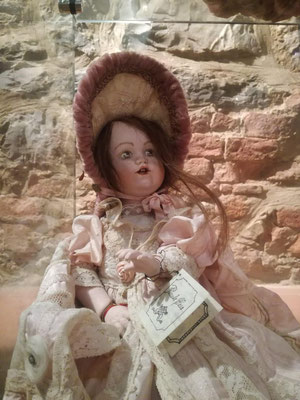 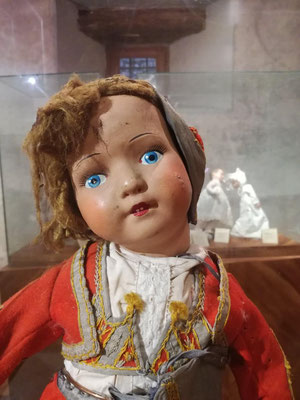 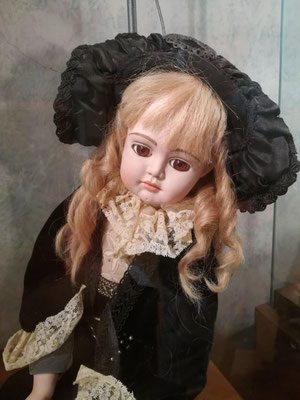 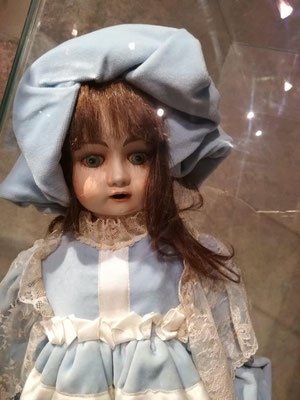 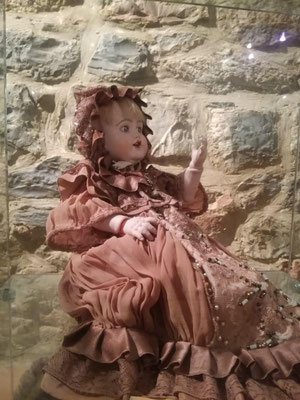 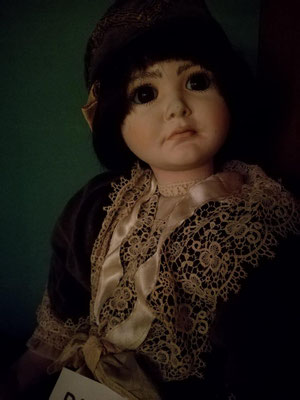 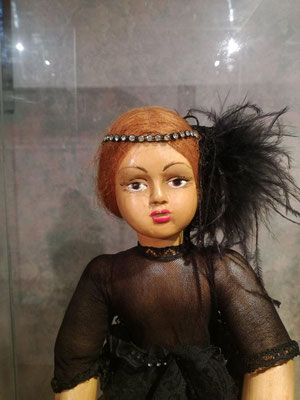 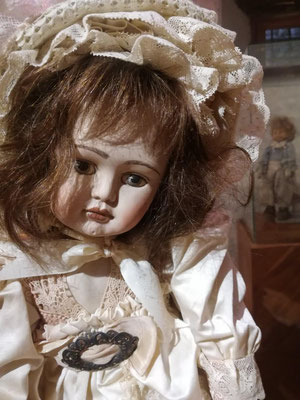 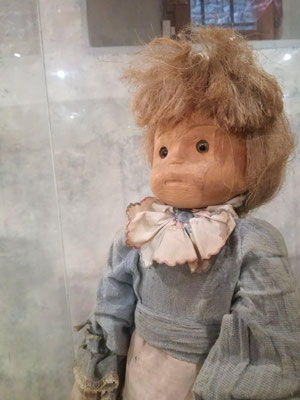 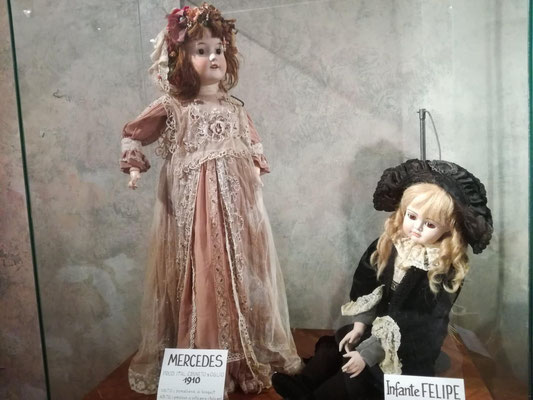 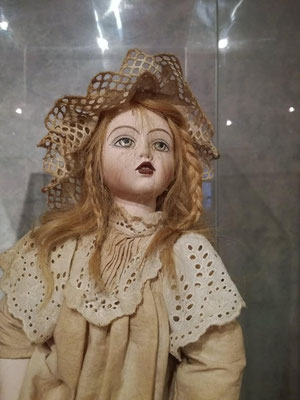 If you are curious and want to immerse yourself in the atmosphere that I described to you and see these dolls in person sign up for my news letter that will be sent tomorrow. Members will receive a video of my visit to the museum and will  see the dolls one by one.